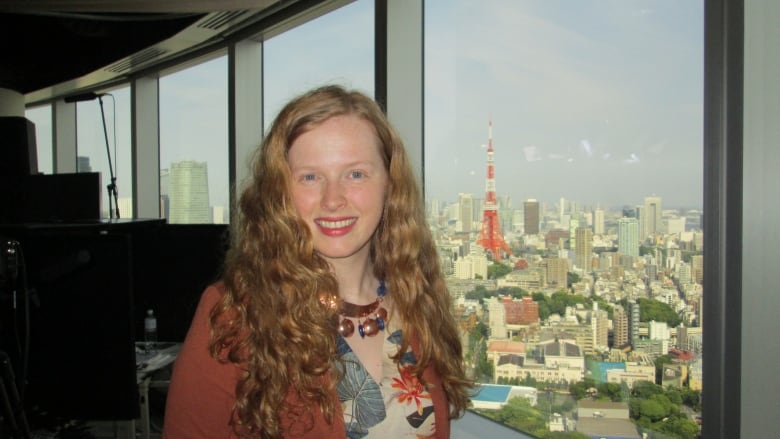 Natalie Austin was invited to attend the recent G7 Craftswomen Symposium in Japan.

Natalie Austin was shocked when she received a phone call at the end of April that she was chosen to represent Canada at the G7 Craftswomen Symposium in Japan.

With the symposium scheduled for May 18-19, that gave Austin just a few weeks to prepare.

“There’s not enough words in the language to describe what kind of an experience it was,” she told CBC upon her return.

“I certainly feel very humbled to have been picked. When I think about all the local artists that I admire and look up to and who have been doing this for a lifetime I had a feeling of ‘Well, how did I get chosen?’ and ‘How is it that I’ going to be going here?'”

Austin said the trip was an opportunity to interact with the international crafting community, and that the experience has broadened both her knowledge and appreciation for craft.

“I’ve seen through this experience what has been done in some of the oldest parts of the world for crafts, and then I’ve seen where we are going in the future.” 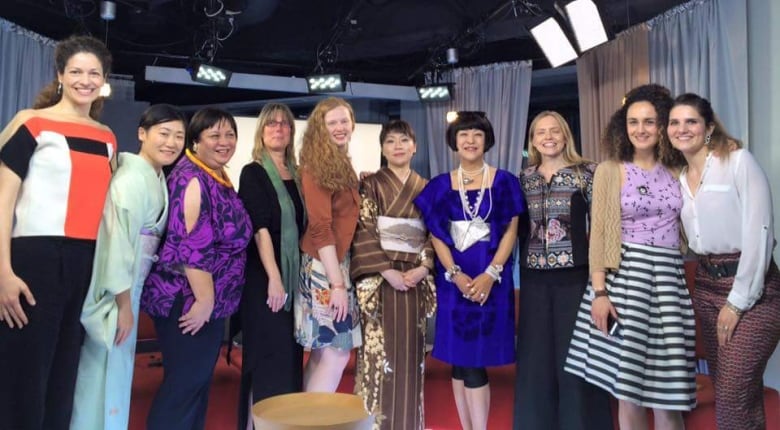 Austin is an artist who makes jewelry from reclaimed copper water pipe and enameled glass. She is a co-founder of the Dozen Odd Gallery in Carbonear, which she describes as a “collection of artists sharing a space and a place together.”

She describes her jewelry-making process as very “rough.”

“The technique goes back thousands and thousands of years. So, you’re taking a piece of metal and forcing it into a shape by hammering it.”

I certainly feel very humbled to have been picked.– Natalie Austin

Austin said that her crafting philosophy has been largely shaped by her studies of folklore and vernacular culture at Memorial University.

“Everything is a story. If you make a piece of jewelry, you have a story to tell with that. If you’re wearing a piece of art, a piece of something that comes from someone’s hands, that has a story behind it,” she said.

“Every piece of art that everybody has has a story behind it … we’ve been wearing jewelry that way since the beginning of civilization.”She says that even though the trip is over, the experience is still with her.

“It’s looking at the world in a whole new way…and now I have the chance, like I have with copper pipe,  to take that vision, and transform it.”

NEWFOUNDLAND ARTISAN TO REPRESENT THE GOVERNMENT OF CANADA AT THE G7 SUMMIT— THE CRAFTSWOMEN SUMMIT IN JAPAN.
Sustainable by Design